A popular interpretation of the book of Revelation holds that at some point during the end-times an unholy Trinity will rule the Earth…Satan, the Anti-Christ, and the Beast.

As we already know, Obama is almost certainly the Anti-Christ. And thanks to modern media, we know all about his Beast: 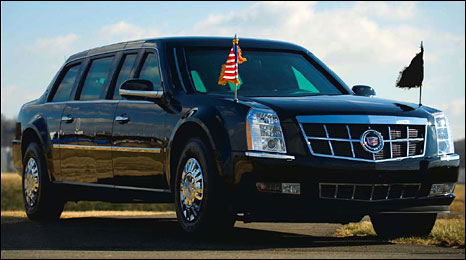 These are the first pictures of the new armoured limousine which will be used to ferry Barack Obama around.

Nicknamed “The Beast”, the Cadillac will make its debut on 20 January, as part of the inaugural parade.

2 thoughts on “More evidence Obama is the Anti-Christ”